Messi and Prisca have new stepparents at the Rybnik company

Pajmon CPT sp. z o.o. based in Rybnik adopted two Geoffroy's cats from the Silesian Zoological Garden. They are a pair of Geoffroy's cats, also known as Argentinian ocelots (Leopardus geoffroyi), which have not yet had any offspring. The Pajmon company will pay for their maintenance and food every month. 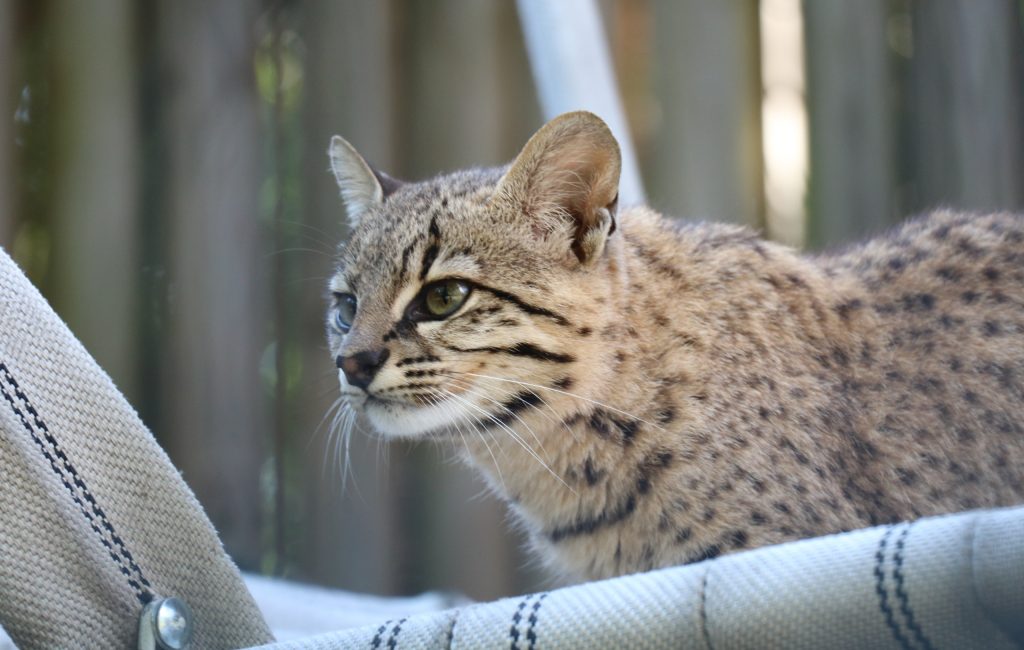 Geoffroy’s cats are in danger of extinction

– Pajmon CPT employees like to get involved in various projects, thanks to which they help people and animals. Soon we will be planting flower meadows and thus helping the population of dying bees. Now it is time to adopt two Geoffroy’s cats, which are also an endangered species – says Katarzyna Śleziona-Kołek, Marketing and PR Director at Pajmon CPT.

A vigorous male, and a more secretive female

What are the Geoffroy’s cats adopted by the Pajmon CPT company like?

The male Messi, called by the caretakers Adam, is almost 5 years old. He was born at the Opel Zoo in Kronberg in Taunus, Germany. He has been staying in the Silesian Zoological Garden since August 10, 2016. – He is brave, more adventurous than his companion. When the caregivers appear on the enclosure while cleaning, they are closely watched. He approaches the keepers but does not allow himself to be touched – says Anna Bała from the Department of Education and Promotion of the Silesian Zoo in Chorzów.

On the other hand, the female Prisca, called by the caretakers Martynka, is almost 4 years old. She was born in Le Parc des Félins in Lumigny-Nesles-Ormeaux, France. – She has been residing at the zoo since April 3, 2019. She is more secretive than the male. Usually hides from guardians. She starts eating food only after all the keepers leave the aviary – adds Anna Bała from the Silesian Zoo.

Geoffroy’s cats are great swimmers and can hang from branches

Geoffroy’s cats resemble a domestic cat, but they are real predators!

The animal measures approx. 70 centimeters, in addition there is a 30 cm long tail. It weighs an average of 2 to 5 kilograms. Its fur has characteristic spots, which are sometimes arranged in stripes. They are great individualists! They lead a solitary lifestyle, pairing only during the mating season. They are natural-born swimmers and excellent climbers – they can easily climb trees and jump on rocks, and in addition – they can hang from branches by holding onto them with their hind legs.

Where do Geoffroy’s cats come from?

These beautiful predatory cats come from South America. They live in the Bolivian and Argentine Andes, the southern part of Paraguay and Brazil, the western part of Uruguay and Chile. We can encounter them in the steppes and in mountainous, forest areas, wherever they can hide. They are found at different altitudes, from sea level to even 3800 m above sea level.

Geoffroy’s cats “get along” with … a skunk

What does the house of Geoffroy’s cats look like in the Silesian Zoo?

Our predators occupy two aviaries, located within the enclosures of small predatory animals, in the vicinity of wolverines and tayras (both species of animals from the mustelidae family). – In the spring and summer, their aviary is joined by a skunk with whom they “get along” well. It is worth adding that our Geoffroy’s cats are a species active at night – they usually hide in the nooks and crannies of the enclosure during the day. They do not like open spaces where they cannot find a hiding place – says Anna Bała from the Silesian Zoo.

Geoffroy’s cats feed on small mammals and birds. – In The Silesian Zoo they also receive a variety of meat food. They like chicken legs, rabbits, beef and chicks the most. Interestingly, they do not like mice – says Anna Bała from the Silesian Zoo.

Interestingly, the Geoffroy’s cats were first described scientifically by Étienne Geoffroy Saint-Hilaire, a French naturalist considered one of the precursors of the theory of evolution.

Soon a special plaque will appear in the Silesian Zoo informing about the “stepparents” of two Geoffroy’s cats. They are employees of the company Pajmon CPT in Rybnik. 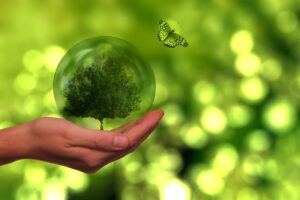 Fleeting moments are like butterflies, and eco-habits should be permanent. Also check us out in the business environment 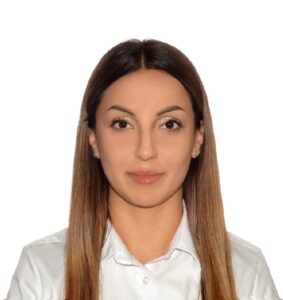 Anastasiia Tsarenko: A dream come true over 1000 kilometers from home 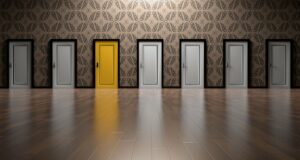 Decisions You Will Not Regret… Learn the rules for making choices. CPT Pajmon advises 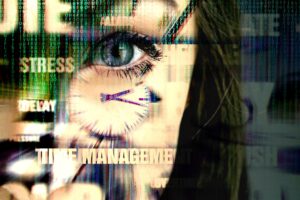 How to improve the productivity of employees from Ukraine? CPT Pajmon will help

PrevPreviousThe customer comes first. The best strategy for your business
NextThe Ukrainians are storming the Polish labor market and … saving the beesNext